Pathways Pathways are new objects that represent sidewalks, driveways, and other ingress and egress paths.

Ridge Lines Ridge Lines are new objects that represents a linear elevation that directs drainage away from its placement.

Isolate Internal Zone Drainage You can now isolate drainage objects (drain lines, low points, and ridge lines) within a zone from affecting optimization outside of the zone boundaries.

Miscellaneous Enhancements Several new enhancements have been made to improve your grading optimization workflows.

Autodesk has released the first update for Civil 3D 2023. See below for fixes and new features…

The automatic Corridor Surface shrinkwrap boundary now resolves properly more often and more consistently when there are gaps between regions in the Corridor.

Feature Line Baselines geometry locking improvement, and with the 2022.2 update includes many fixes to other Corridor, Assembly, and Subassembly issues.

The Civil 3D 2022.2 Update still contains the annoying plan view display issue weirdness for some Subassemblies when drawings are updated with the Civil 3D Batch Save Utility. This is easy to fix but annoying. Make a minor edit to the name of any Subassembly – add and remove a space to the end of the Subassembly name to force Civil 3D to reinitialize all the Subassemblies in the Assembly.

There is a new command option for Relink Pipe Run command to relink pressure network parts to their underlying pipe run alignment.

The 2022.2 Update includes a Label Style sync with the 2023 build that supports functionality to display the Property Set information that has been added to a pressure network or gravity network in plan view in a profile view label.

Steady looking for authors. I need more content! We need some articles on Hexagon, Bricsys, Bentley, Civil Site Design, Bluebeam, Autodesk, etc. What do you have? Email me at todd.rogers@augi.com if you are interested.

I am also looking for new content managers. Let me know if you’re interested in that as well.

Autodesk released Civil 3D 2023 this week. Below are some of the features and enhancements…

Corridor solid property sets and corridor targeting have been enhanced.

Learn about enhancements to turnout and crossover rail workflows. 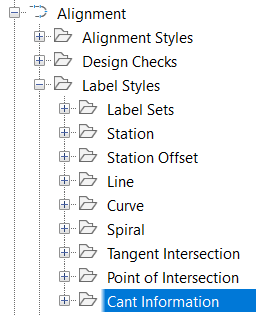 Learn about enhancements to pressure networks.

Learn about enhancements to the Subassembly Composer.

Additions have been made to the Civil 3D API to support corridor solids.

Updates to the API have been made in the following feature areas:

Learn about enhancements to Project Explorer and Grading Optimization that provide new functionality to AEC Collection and Enterprise customers.

Project Explorer and Grading Optimization can be downloaded and installed in the following ways:

Project Explorer’s table functionality has continued to expand since its introduction. Project Explorer for Civil 3D 2023 makes the table tools even more powerful, adding capabilities to:

These new features are configurable from a series of Layout Style and Table Style enhancements. Furthermore, the inclusion of “total row” support in the user interface allows certain quantities to be monitored dynamically as design changes are applied in Civil 3D.

In addition, the “Compare To” functionality has been enhanced to allow customers to compare point groups, blocks, and parcels to feature lines. 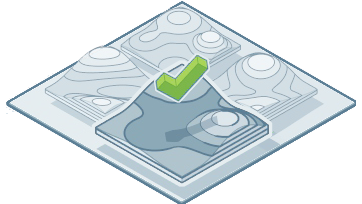 Learn about enhancements to Dynamo for Civil 3D.

Performance improvements have been made in several areas:

Learn about enhancements to Collaboration for Civil 3D workflows.

Looks like Autodesk has finally accepted my idea from the Civil 3D Idea Station.

The Autodesk® Coordinates Transformation Tool provides vital tools for civil engineering projects where a user may need to transform Autodesk Civil 3D objects from one coordinate system to another within the drawing environment. The tool allows for horizontal transform, vertical datum transform, and vertical units transform from US Survey Foot to International Foot and from International Foot to US Survey Foot. The Transform Tool provides a comprehensive report of what was transformed along with the before and after coordinates to ensure the accuracy of the transformation results.

Key Features of this Extension

Look for it in your account management or the Autodesk Desktop App.

Calling all authors, software users, engineers, etc….I need content!! Let me know if you or someone you know wants to write an article for #AUGIWORLD magazine. The February issue will be “Advice for New Users”. Again, give me ANYTHING in the industry. If you have any questions, contact me at todd.rogers@augi.com #AUGI

Autodesk has released the Civil 3D 2022.1 update. Below is what was fixed and what was added…

Corridor targeting and parameter matching has been enhanced, and a new command allows you to copy corridor properties to other regions or corridors.

Learn about enhancements to pressure networks.

Several additions have been made to the Civil 3D API.

Updates to the API have been made in the following feature areas:

Project Explorer for Civil 3D 2022.1 Update has been enhanced with new tools to support the creation, editing, and reporting of railway designs. This update also contains enhancements to make tables and reports more customizable.

Use new commands to create rail turnouts and crossovers.

Register for 1 of 2 AUGI live sessions at Autodesk University 2021. Links below for fun and prizes…

Registration is open for AU 2021 and you’re invited…
AU 2021 kicks off October 5. Learn from industry experts who are progressing architecture, engineering, construction, design, manufacturing, and media and entertainment.